Widely considered the preeminent traditional Irish band in Fairfield and Westchester counties as well as the most humble, The Sunday Morning Boys have spent the better part of 2 decades disproving the notion that “traditional music is boring.”

With an impressive assembly of rotating musicians, the core of the Sunday Morning Boys has consisted of longtime friends Kerry Gavin and Frank Kovac.  The most recent lineup has been one of the most consistent, with the unparalleled fiddle playing of Jillian Corey.  The Sunday Morning Boys anchor their sound with an impressive catalog of traditional Irish and Celtic Folk tunes from the likes of the Dubliners, The Clancy Brothers, and the Wolfe Tones, while integrating many of the more contemporary artists from the genre like Gaelic Storm and Sharon Shannon.

Leading the charge with high energy vocals and the Irish gift of gab is Kerry Gavin.  It is impossible not to smile, dance, clap, or jig with the immediate connection Kerry’s vocals and stories create with the audience.

Frank follows the vocal cues of Kerry, laying down solid guitar parts and a truly interactive musical banter, occasionally taking up melodic duty with mandolin. Relying on more than 25 years of recording and performing experience, Frank creates arrangements and orchestrates the accompaniment with tradition and fusion in mind.  Playing in festivals like the HORDE tour in the 1990’s and venues from Jones Beach Theatre to The Music Farm in South Carolina, expect Frank to arrange some high energy instrumentals to strengthen the lineup.

The band is rounded out by the classically-trained talents of Jillian Corey and more recently, Diggi Thomson on the fiddle and recorder/tin whistle, respectively.  Combined, the group jams jigs and rocks reels at a frenetic pace, while creating lush counter melodies to some of Ireland’s most well-known folk tunes.

Whether Irish by birth or by circumstance, you are guaranteed to catch the Celtic fever (and maybe the Irish flu) with the Sunday Morning Boys.

From the foggy depths and smoky peat rose the Celtic musical experience of The Sunday Morning Boys. Like the thunderous collision of Shannon’s shillelagh with the heads of many a wayward suitors, Kerry Patrick Gavin (McRed Mustashio) and Frank James Kovac (Frankie O’ClinchJaw) met with a jolting smash in the dark and mossy ale house to find the common thread which binds all mankind together, music (and spirits).

Performing initially at the thatched home of Fargus, the first official performance was hosted by the fine harp player, McMassivehead, at his outdoor public house. Enlisting a holy host of other players at times including, James Patrick Kovac, ( O’Jedi Drumahan), Jefferey Wasserman (Shamus McKnowtoomuch), and countless other lads whom have proven themselves worthy of The Sunday Morning Boys Tradition. Be sure to go and see them whenever you can and be sure to sing, clap, and stomp not only on Sunday Morning but every morning or evening, with the The Sunday Morning Boys. 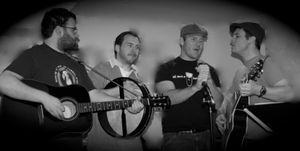 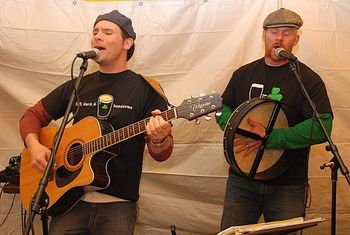 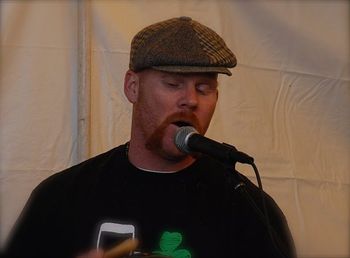 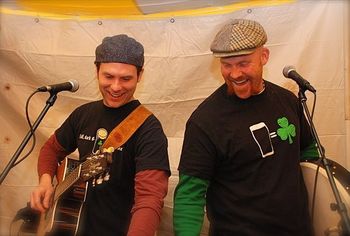 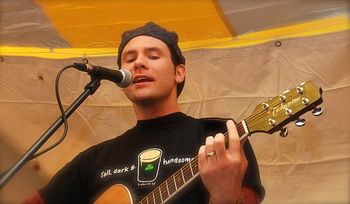 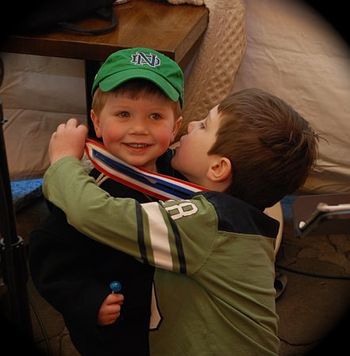 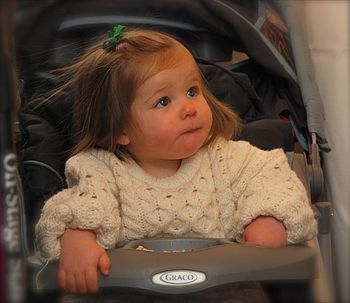