Frank Kovac is a guitarist-singer songwriter, a teacher and a public education advocate.  He has been making music and promoting independent music professionally for over 30 years.  Experience has led him to advocate strongly for the artist.  Believing not only that musicians and songwriters need be treated as professionals, but that they are the ones to be rewarded for their talent, craft, and hard work.  Similarly, Kovacs’ passion for teaching and strong believe in public education has led him to become an outspoken advocate for teacher rights and school reform.

Frank Kovac was a member of Steel Wood in 1988, then most notably New Brown Hat (1993-1998), Kovac has been a collaborator in songwriting, performance, and in business. Prior to 1998 Kovac toured relentlessly with New Brown Hat.  They sold over 10,000 copies of their live compilation Live to Dat and amazingly over 12,000 units of their independently released Dandelion Wine CD.   Additionally the group nurtured one of the most personalized database system (unique at the time) with over 10,000 names on their mailing list, and independent distribution that kept Dandelion Wine stocked in over 125 retail stores from Maine to the Carolinas, including Sam Goody, Tower, and Strawberries (all prior to I-tunes).  New Brown Hat was one of the most sought after unsigned concert headliners on the East Coast.

Based primarily out of New York City, Kovac and New Brown Hat, were a part of a music scene characterized as Jamband.  Focused songwriting styles and a female front vocalist, placed them on the edge of this landscape, thus crossing over between the singer-songwriter realm, pop-music, and the improvisational live scene in which they performed.  Such clubs as Wetlands Preserve, The New Music Café, and the Biter End, were mainstays for the band.

Eventually, they sold out such well-known venues as New York’s Mercury Lounge and nearly sold out IrvingPlaza. The band's positive mental attitude and non-stop ethic finally paid off in 1997 when they scored several coveted slots on that summer's H.O.R.D.E. tour. Since 1995, the band had appeared with the likes of Government Mule, Squirrel Nut Zippers, Neil Young, Beck, Blues Traveler, Ben Folds Five, Leftover Salmon, Arrested Development, Toad the Wet Sprocket, and Kula Shaker.

In the fall of 1997, lead vocalist Julie Prunier, departed New Brown Hat suspending a critical buzz around the band.  Searching for a female singer with substantial talent took over 6 months, yet led to the extraordinary talent of Julie Sparks.  Sparks joined the band, bringing some of her own songs yet joining in with the collaborative process that produced such autonomous success.  This group produced one album Man Bites Dog, which was only available online.  It received massive attention for an independent record produced within a short-time frame, 2 months.  New Songs such as By The Way and Heart of Stone displayed the bands matured and honed songs-writing talent, as well as derivative works on standards such as Redemption, Simple, and Jealousy, illustrated the maturity and aptitude of the musicians and the collective group.  This placed them in a unique category amongst the changing music industry of the mid to late 1990’s.  Combined with the transition between vocalists, the group could not regain enough forward momentum and disbanded in 1998.

Since 1999 Frank has been more of a solo singer-songwriter till he began collaborating with his brother, Jim, in the summer of 2005.  They teamed up to combine over 30 years of music experience and a craving for originality to create the band Kovax, now know as KOVAC BROTHERS. The group blends elements of rock, soul, jazz and a southern almost alt country vibe edge to get their unique sound.  Frank Kovac’s vocal style is reminiscent of classic Elvis Costello and Tom Petty, with a contemporary dash similar to Rob Thomas.

“The response has been overwhelming”, stated drummer Jim Kovac. “People always asked, ‘when are you guys going to play together’, we just didn’t realize how many people wanted to hear it.” Before Kovac Brothers, the last time Frank and Jim performed on a major stage together was at the 1997 HORDE Tour in Philadelphia with Colonel Bruce Hampton (Aquarium Rescue Unit) and members of Leftover Salmon. At the time, Frank Kovac was touring relentlessly with New Brown Hat and Jim Kovac was a free-lance drummer, a hired gun, most notably with industrial band Simulcast, hip-hop group the Nervous System and pop singer Amie Miriello (now Dirtie Blonde).  Jim Kovac adds, “We’re not just looking to create interesting music but also to promote independent music as a more sincere representation of people’s ideas.”

Kovac Brothers recruited some highly regarded area musicians to get started.  Dave Morrison on bass, Geordie Van Nostrand on guitar, provided a rock edge and sax players Evan Olmstead and Jeff Wasserman rounded out the jazz side.  A highly committed musical schedule and other interests sadly saw Morrison and Van Nostrand leave by 2008.  Long time friend and band mate from the New Brown Hat era, Fell Herdeg took up bass duties adding superb pocket and fine vocal harmony.  Replacing the second guitar was keyboardist and songwriter Patrick Sweeney.  Sweeney expanded the harmonic texture of the band while also lending some great vocal harmony as well.  “The songs seemed to come alive with this instrumentation” stated a pleased Frank Kovac.  With out hesitation, some focused listening moved Frank and Jim to produce the record aptly named “Seeing is Believing”.

Frank Kovac has always been a teacher.  Earning a bachelors degree in history, with selective studies in both psychology and music, he continued to pursue education as a parallel career.  Additionally earning a masters degree in education he also experimented with a potential certificate in School Psychology.  Furthering his education with an educational “6th year” of graduate work, Kovac became a stalwart advocate for public education.

Frank Kovac is driven by his passions.  Having experienced some extreme highs and lows in both music and education has helped Kovac shape a philosophy. His efforts are now centered on returning the focus on the art of both music and teaching and to reward the artists who create it. 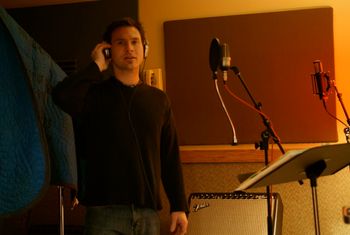 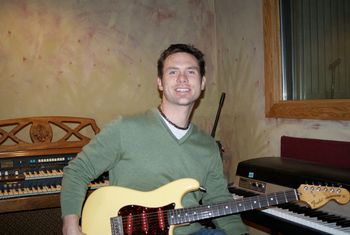 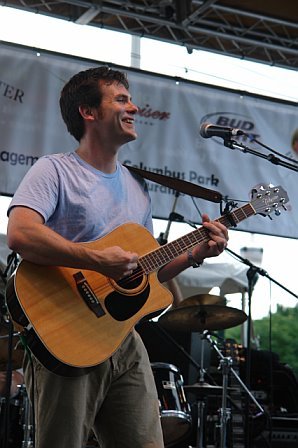 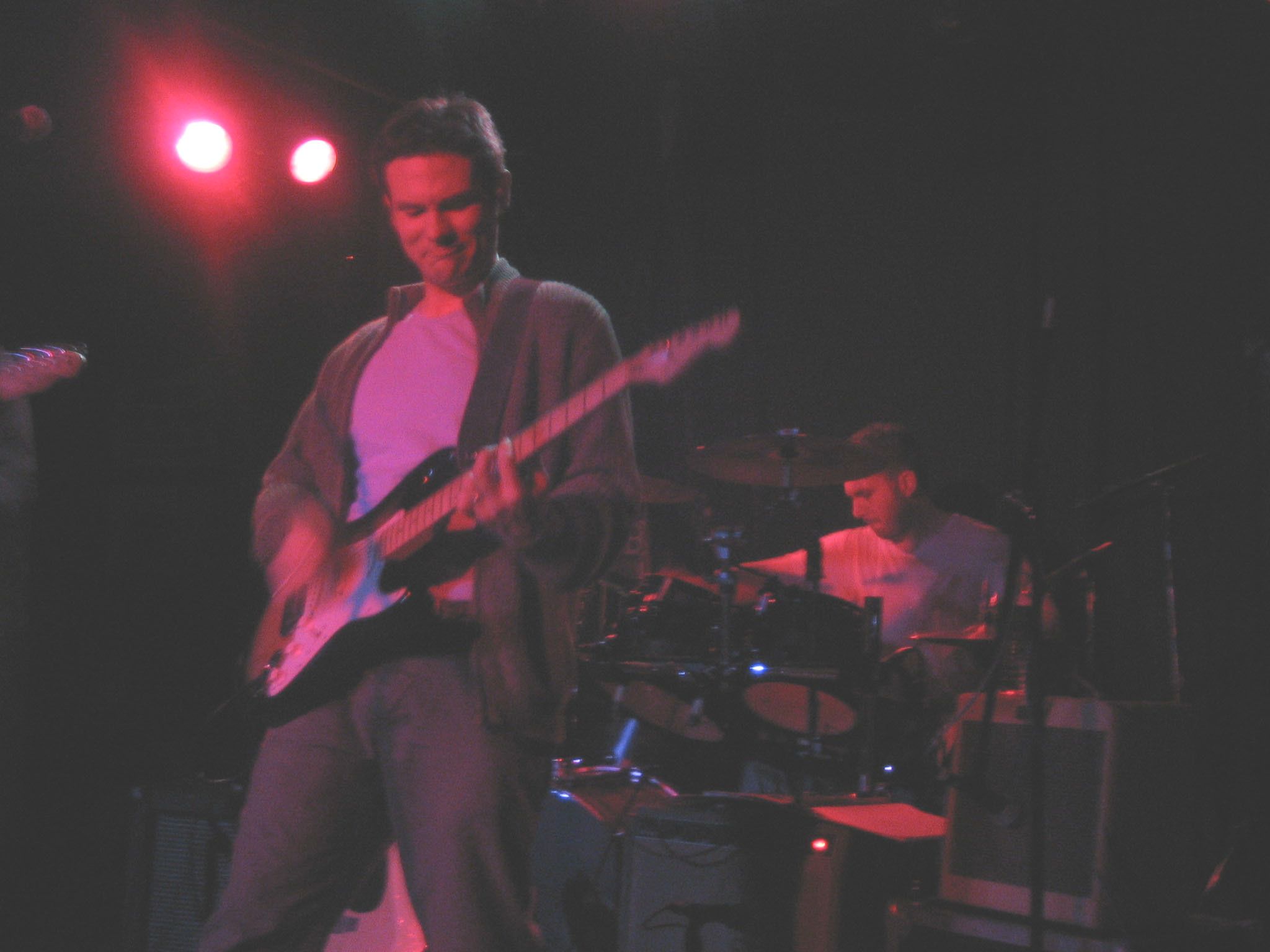 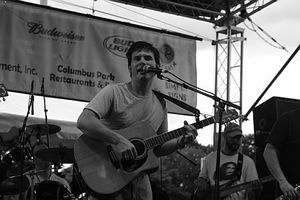 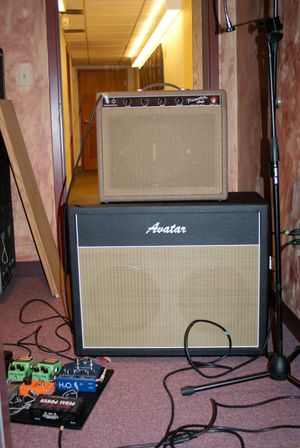